TERMOKIR is the Israeli licensee of SAKRET. With a lot of perseverance, high quality and a lot of innovation it has brought the company to the top of the industry in the region.

The Sharon plain in the centre of Israel is a fertile plain on the Mediterranean coast. Agricultural enterprises and cities characterize the region. TERMOKIR Industries Ltd. is SAKRET licensee since 2015. Termokir is located in the kibbutz Horshim in the center of Israel, between Jerusalem and the coast of Tel Aviv.

"We wanted to become the most sustainable and innovative company in the entire region," says Elie Cohen, who got to know the company from the bottom up and has now been CEO for 18 years. He has been committed to sustainability for many years. And not just out of personal conviction - the son of a Frenchman and a Swedish woman discovered the advantages of sustainable management early on. But for strategic reasons: Israel and the regional economy are committed to conserving resources. In a difficult political environment on a limited national territory, waste is taboo and multiple use of goods is a must.

A few years ago, TERMOKIR was looking for partners in this environment to develop further. Through the mediation of the Cypriot business partner Michael Zeipekkis, Cohen became aware of SAKRET: "Michael Zeipekkis, who knew SAKRET well, said back then: "You have the same quality standards, you have the same family business approach - you should get to know each other". Cohen travels to Germany in 2014 and states: "The sympathy is mutual. One year later TERMOKIR belongs to the worldwide network of the SAKRET group - and has not regretted it for a minute.

The company was founded in 1983 in the kibbutz Horshim and still belongs to the community of the kibbutz that counts around 60 families*. TERMOKIR is the largest company of the kibbutz inhabitants - or friends as they call themselves - next to the agricultural enterprise and has specialized in the production and distribution of building materials: Heat and noise insulating plasters, tile adhesives and joint sealants, sealing slurries, concrete repair systems and coating materials.

For a long time, heat plaster was the number one bestseller. This is also the origin of the company's name: Thermo - from the Greek "thermós" (heat) and "kir" from the Hebrew word for wall.

In recent years, TERMOKIR has acquired an excellent reputation far beyond Israel as a SAKRET licensee. Today, in 2019, the company has about 75 employees and produces more than 50 different mortar products. "Brands are very important in Israel, they promise high quality," says Cohen. "The SAKRET brand is very strong and radiates to our products in Israel. This is another reason why we are regarded as a company that not only stands for sustainability, but also for high quality".

"The SAKRET brand is very strong and radiates to our products in Israel."

The market in Israel is growing continuously. Throughout the country, construction and modernization are underway. The state is investing many billions of shekels in infrastructure, new roads, railway stations, ports and railway lines.

For example, the rapid transit railway between Jerusalem and Tel Aviv, one of the country's largest infrastructure projects: A consortium including the German construction company Max Bögl and the Israeli company ELECTRA INFRASTRACTURE AND ENERGY won the tender for the project with a 44-kilometer two-pipe tunnel. Prefabricated concrete elements had to be laid, secured and grouted in the narrow tunnel.

When the consortium was looking for local suppliers for jointing compound and sealing mortar, they came across TERMOKIR and SAKRET: "Within a very short time we had to investigate which product was suitable for the tunnel, develop it and test it. Only then could the construction work begin," says Cohen. The know-how of the license partners in Germany helped to develop the right products for the Israeli construction project.

The subsequent implementation was above all logistically complex: a total of 9,000 tons of mortar had to be brought to the site. Every night, 17 trucks drove kilometers into the narrow tunnels. On board were pallets with SAKRET construction material, which was used immediately.

Questions about the license model? Give us a call! 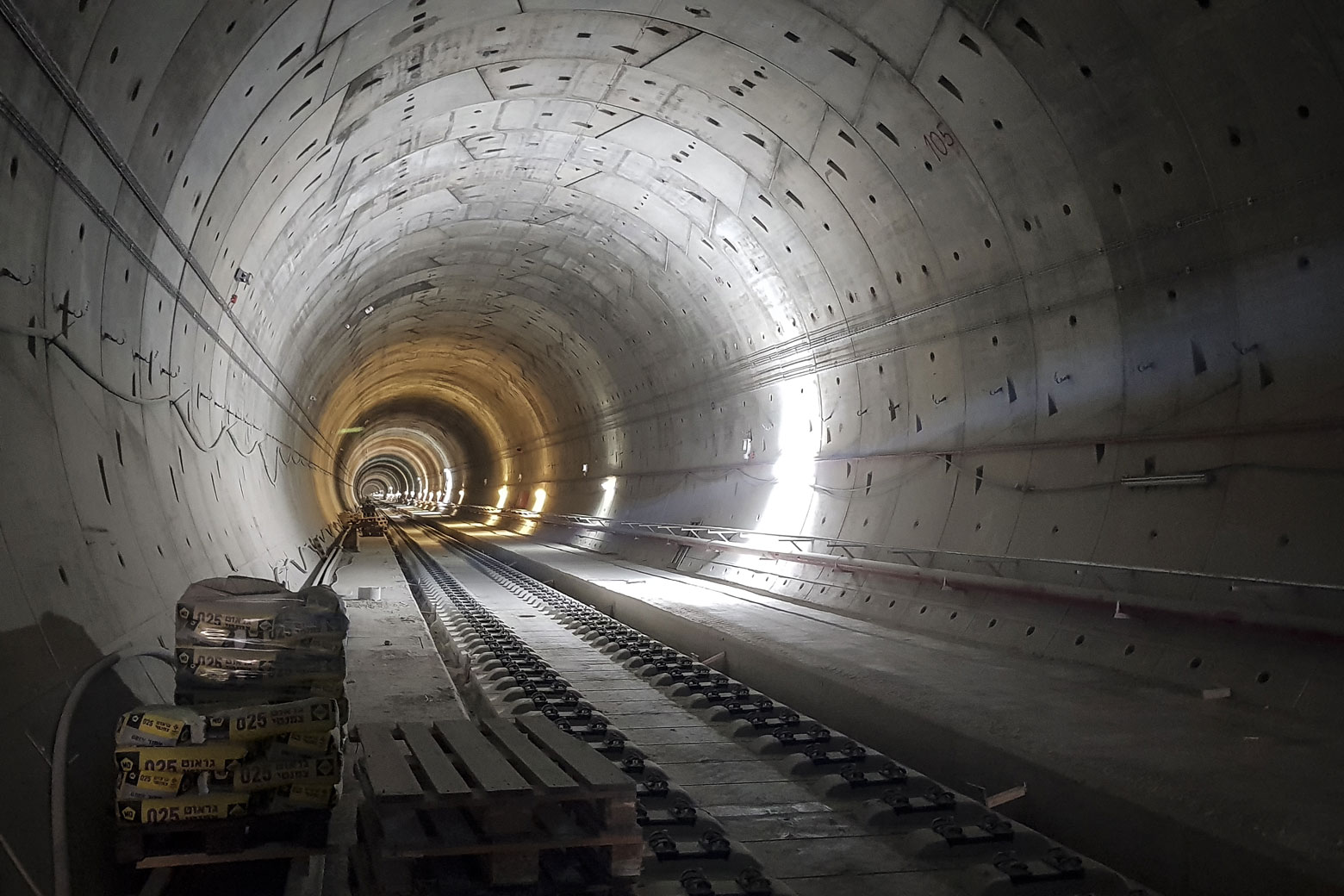 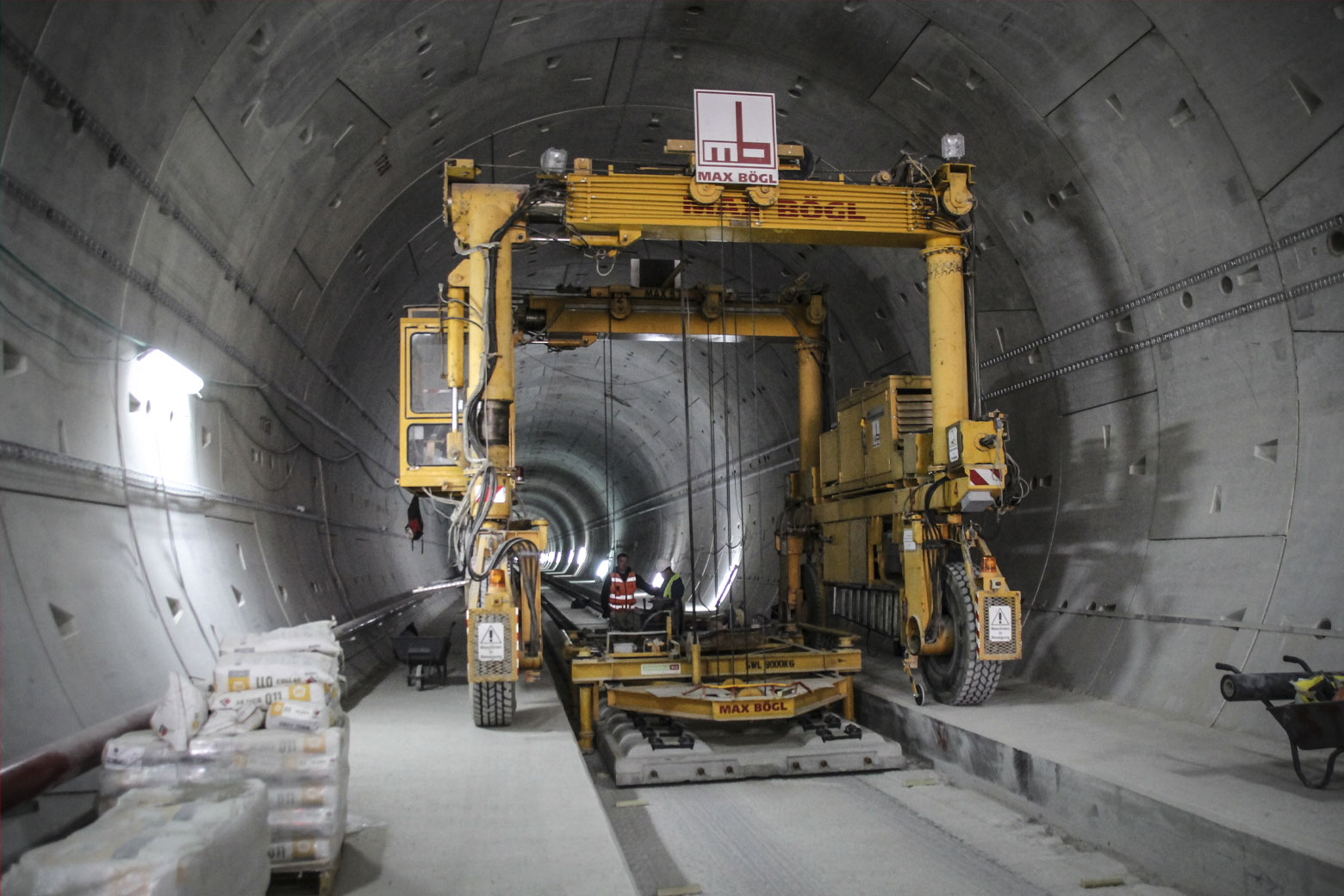 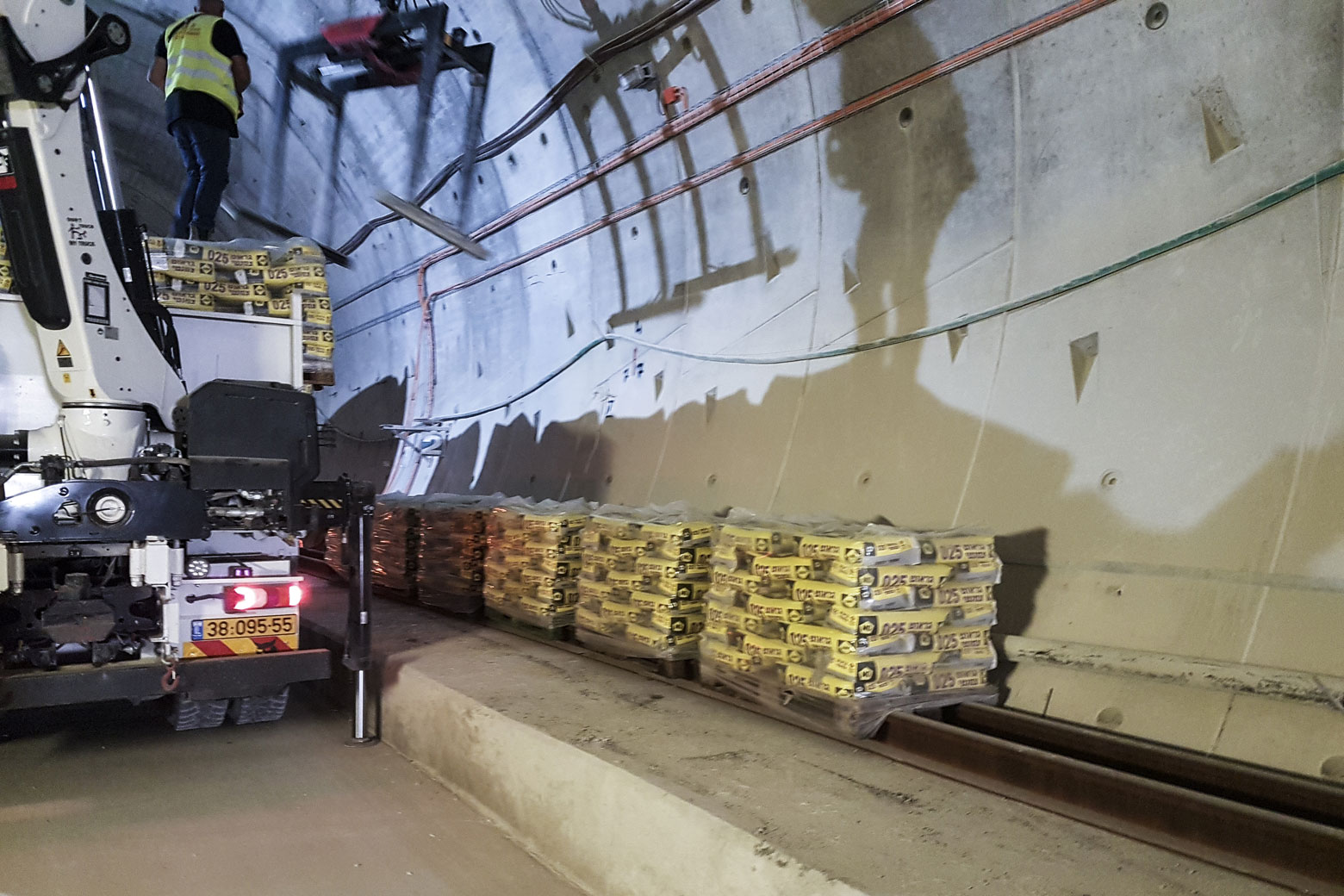 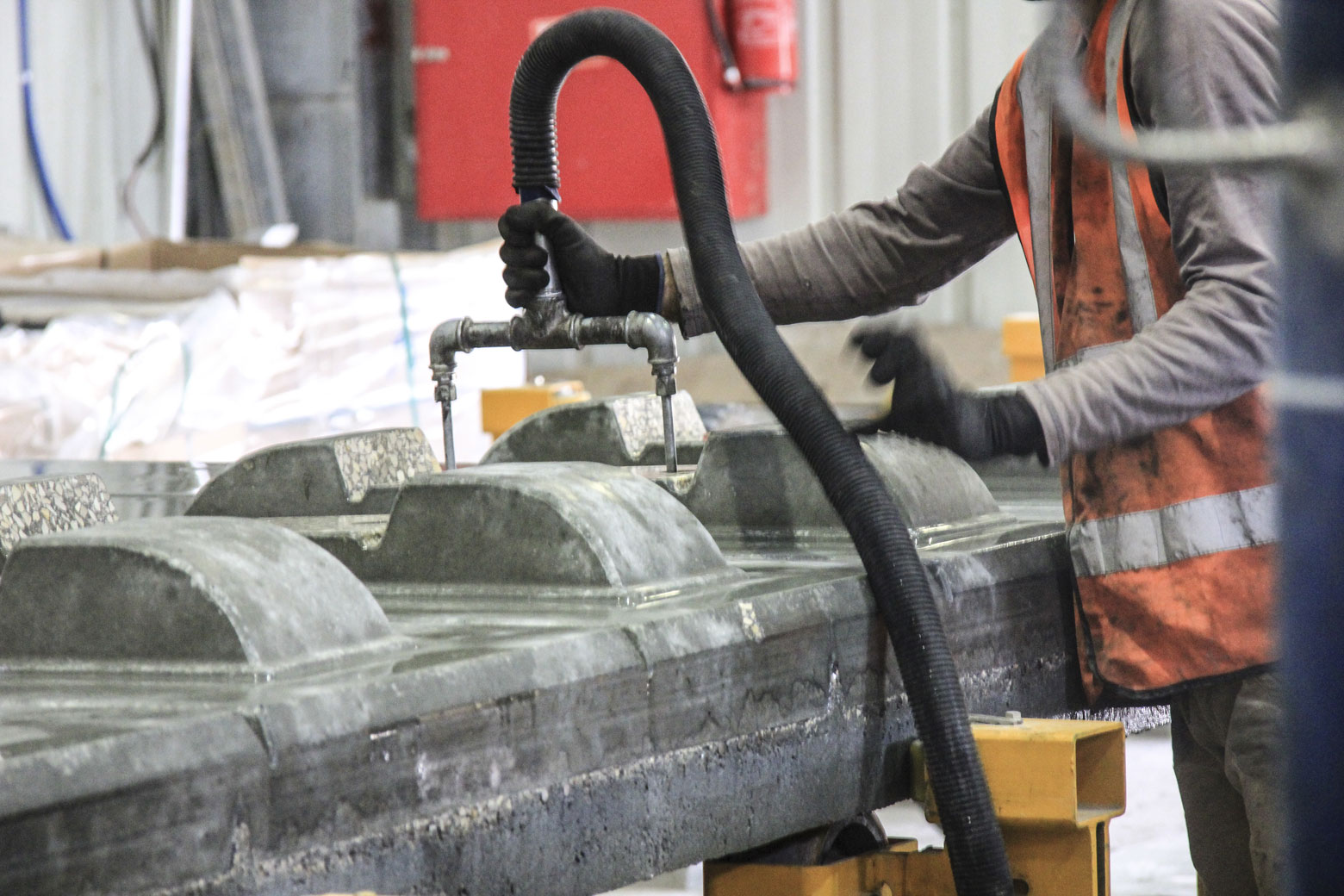 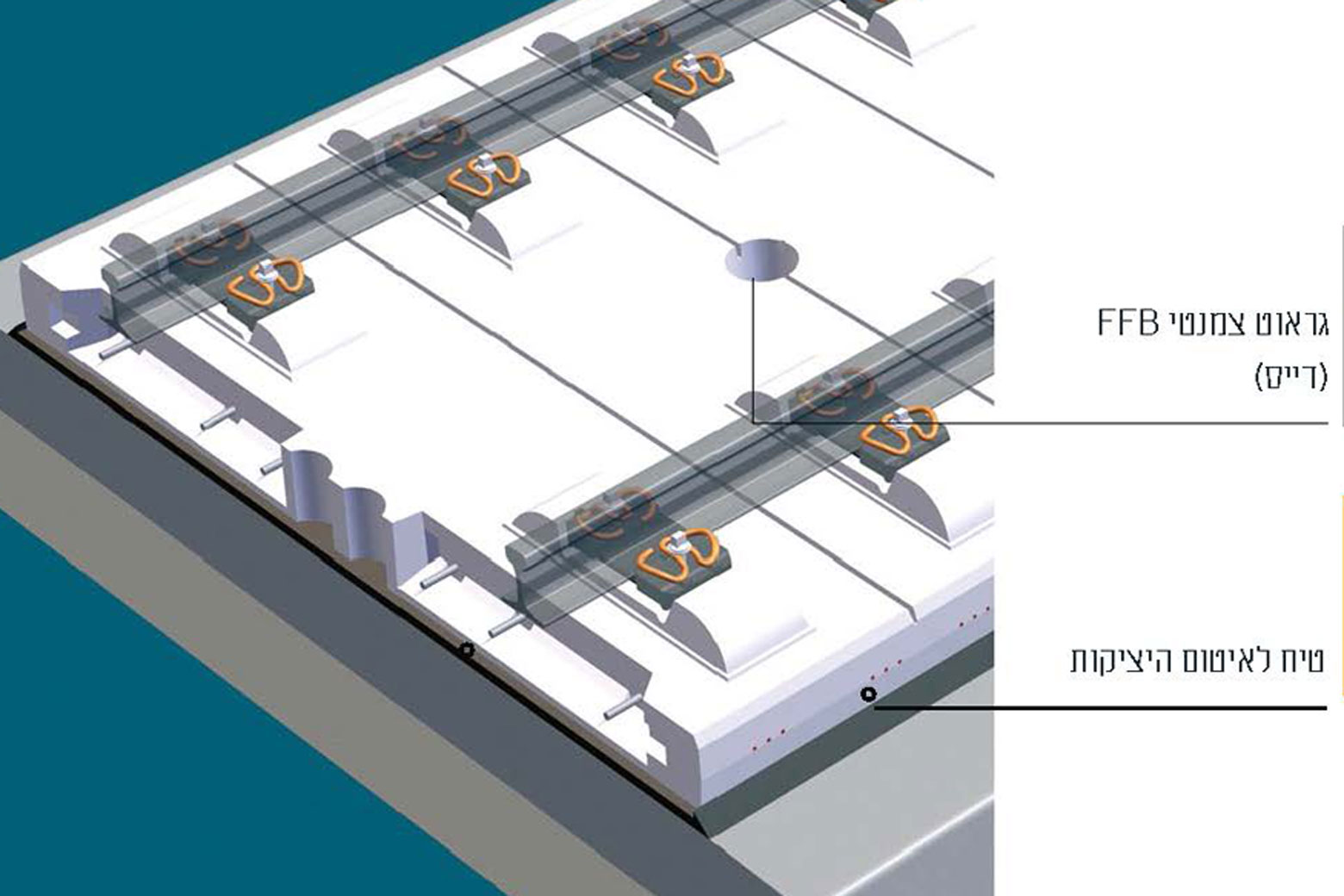 360° strategy for the right solution: A1 Tunnel Project

"In this project we were able to prove our all-round efficiency. With our 360° strategy, we identify the needs and, thanks to our network, we can develop high-quality solutions for every problem," says Cohen.

Now the company wants to expand further - despite, or precisely because of, the strong competition. "The market in Israel is highly competitive," says Cohen, "the companies here are all very smart and open-minded.

But the advantage of TERMOKIR is not only the combination with the strong brand SAKRET, but also the continuous innovation in their own business. Digitization has long since arrived: Production at TERMOKIR is now fully automated. "We have not abandoned our vision of being the most innovative and sustainable company in the construction industry in Israel," says Cohen. "Together with SAKRET, we have come even closer to this goal."

For more information about TERMOKIR and its commitment to sustainability and business:

Winner of the Industry Award 2016

Elie Cohen (TERMOKIR) is honoured at the annual Manufacturer's conference

In 2015 TERMOKIR will be awarded for its efforts to unite economy and environment.

* A kibbutz is a unique cooperative settlement in Israel, based on socialist values - equality between people and economic and conceptual co-operation.

More links that might be of interest to you:

Agile and flexible in Switzerland

to the success story Switzerland

Would you like to become part of our license network? Then you have come to the right place!

to the licensing model

On our map you will find our numerous partners in Europe and beyond. Read more about the territories.