With excellent know-how of local markets and a strong network behind it, SAKRET SIA, the SAKRET licensee in the Baltic states, has established itself in the region.

Economic rise of an entire region

In recent years, the Baltic States have been one of the most dynamic regions in Europe. And this is not likely to change in the coming years: experts predict strong economic growth for the three Baltic states Estonia, Latvia and Lithuania in 2021. The market for building materials is also developing positively - so for SAKRET SIA, the regional licensee of the SAKRET brand, the prospects remain excellent.

The company, which is based in the Latvian capital Riga, has already made an astonishing rise in the past. 17 years after its foundation, the company now employs 150 people in the Baltic States. In the same period, turnover has risen to 21.8 million euros.

"For tenders we can refer to our 45 years of experience, but also to the support of our many partners."

Exemplary growth of a company in the Baltic states

But what is behind this rapid development? The history of SAKRET SIA - the name corresponds to the legal form of the limited liability company - is closely connected with the economic development of the whole country. Latvia did not become independent (again) until 1991 - just like its Baltic neighbour Estonia, Lithuania broke away from the new Russia a year before.

The three states with their seven million inhabitants are becoming economic model pupils. They open their markets; the three republics quickly find their way to the West. The building materials industry is also growing rapidly, recalls Managing Director Ph. D. Andris Vanags. As a young engineer, he had just completed his studies of chemistry in the field of high-heatable materials.

Journalistic piece about SAKRET SIA on the Euronews channel

SAKRET SIA has an appearance on the Euronews channel, inter alia about its impressive expansion and the advantages of the Euro adoption in the Baltic states.

Together with his two partners Juris Grinvalds and Maris Kelpis, Ph. D. Andris Vanags became interested in SAKRET products early on. "We heard a lot about the SAKRET brand and were looking for partners to help us supply the regional market for building materials with high-quality products," Vanags recalls. After months of negotiations and many visits to Berlin and Riga, they acquired the coveted license in 2003. Now they are allowed to sell the products not only in the Baltic States, but also in Scandinavia, as well as in Russia, Ukraine and Belarus.

The three of them expect concrete advantages from the SAKRET brand: On the one hand, there is the high quality standard, which many other companies cannot meet. SAKRET is an excellent example of German quality. On the other hand, SAKRET SIA is a 100% Latvian company - an important factor on the regional market.

On the 100th anniversary of the foundation of the Latvian Republic, SAKRET presented 122 towns and municipalities with the national coat of arms in concrete.

Rapid expansion with three own plants

The three founders are still faced with a fundamental decision in the first hour, because in the beginning the building materials were imported, which meant high transport costs. "I knew that we needed our own plant in order to serve the regional market," says Vanags. Because it is growing rapidly. At the beginning of the century, there was great optimism throughout the region. The three Baltic states joined the EU in 2004 and adopted the euro shortly afterwards. In the same year, the materials manufacturer opened its first plant in Latvia: the young company invested more than four million euros. 100,000 tons of ready to use building materials, e. g. building mixtures, paints, primers, plasters, fillers, mortars and repair compounds, can be produced here per year.

The expansion of SAKRET SIA is rapid. In 2007, a plant in Estonia followed, and in 2008 in Lithuania - both with far more capacity than the main plant in Latvia. Soon SAKRET will be able to realize the old principle of SAKRET founder Arthur C. Avril in the Baltic States: To keep transport costs low, the goods should not have to travel more than 300 kilometres to the construction site.

It was not until the great financial and economic crisis of 2008 that expansion was halted - for the time being. The global downturn hits the Baltic States with full force: regional economic output falls rapidly. However, SAKRET manages to keep the slump in its own business within limits.

"The construction industry has suffered greatly in the Baltic States," says Vanags. But the managers at SAKRET SIA are not to be put off. Soon sales will be back at the level they were at before the crisis. In 2012 SAKRET opens a sales office in Finland.

Regional strength and an innovative portfolio

Operating successfully in the Baltic States means having to live with economic ups and downs. The three countries are developing quite differently. Latvia's economy is characterised by high volatility: periods of strong growth are often followed by similar declines. In Estonia and Lithuania, by contrast, the growth curves are more even. In addition to residential construction, continuous public investment in infrastructure ensures a predictable demand for building materials.

Despite these difficulties, however, SAKRET will rise to the number one position in Latvia, Lithuania and Estonia within a few years.

In addition to its regional presence, its large product portfolio is a decisive factor in this. It is not only the classic standard products with which the materials manufacturer operates on the market. It is also the many special solutions that make the company an innovation leader in the region.

SAKRET Latvia speaks to its customers with entertaining and vivid videos like this to make the application and purchase of its products easy.

Mortars in colours that are in demand in the region, special mixtures for special requirements and, of course, products that are used in the restoration of the incredibly large number of listed buildings - SAKRET successfully develops and offers such products. In doing so, the Latvians can draw on the extensive SAKRET network.

Because the dry construction material manufacturer's licensees see themselves as partners, they exchange information with each other when special requirements arise. In this way, everyone benefits from the respective expertise that a partner has acquired in a particular segment. This is indispensable for the young company in Latvia to obtain interesting and profitable orders.

In addition, SAKRET has excellent contacts on site: Ph.D. Andris Vanags, former advisor to a Latvian Prime Minister and board member for the Latvian Chamber of Commerce and Industry, has excellent contacts with the political and economic Who is Who in Latvia. Juris Grinvalds in turn acts as a board member for the association of building materials producers of Latvia. Both maintain close relations with universities and colleges in the country. "When it comes to tenders, we can draw on our 45 years of experience, but also on the support of our many partners in the country and abroad - this is a very valuable aspect," says Grinvalds. 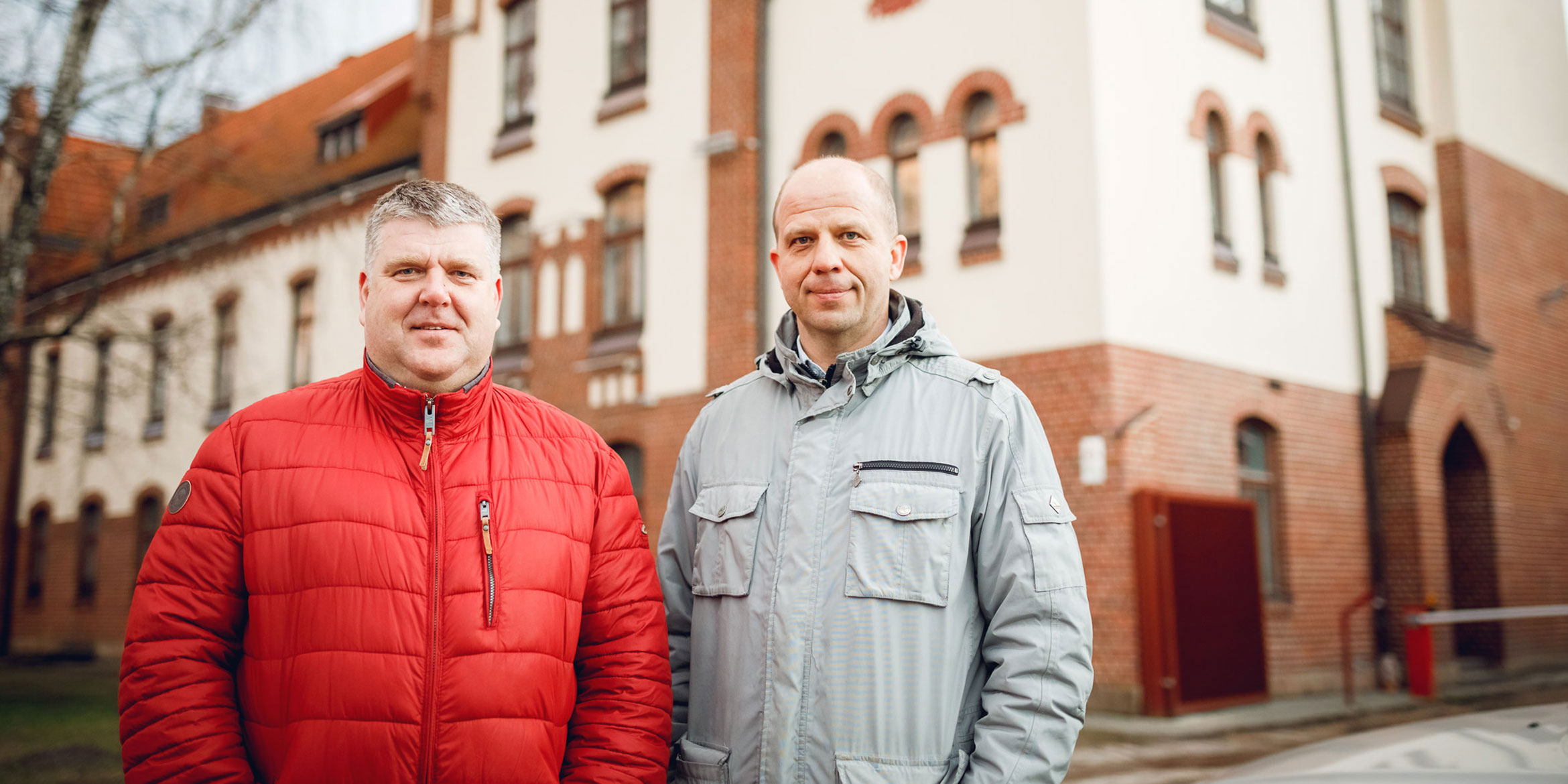 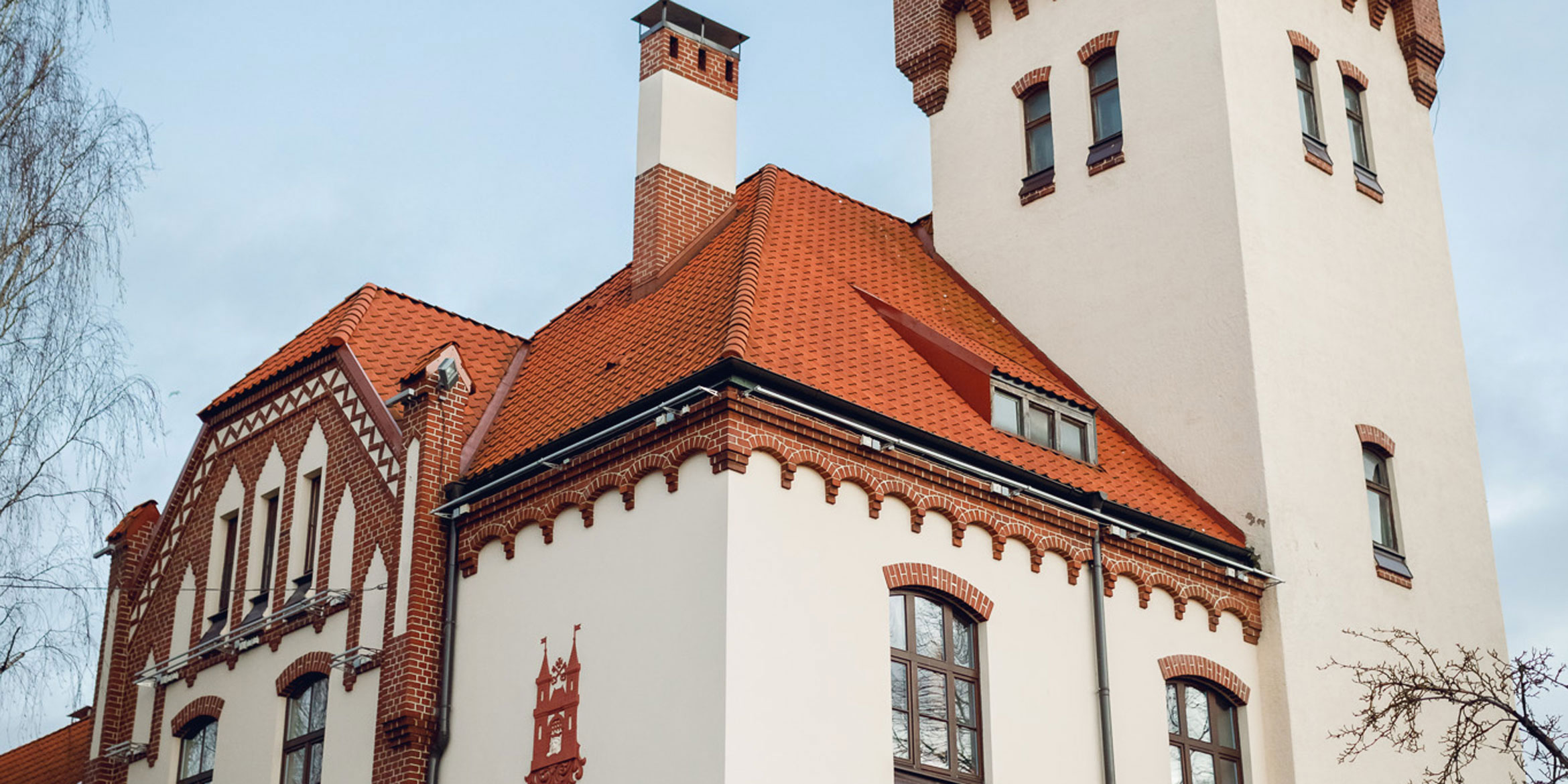 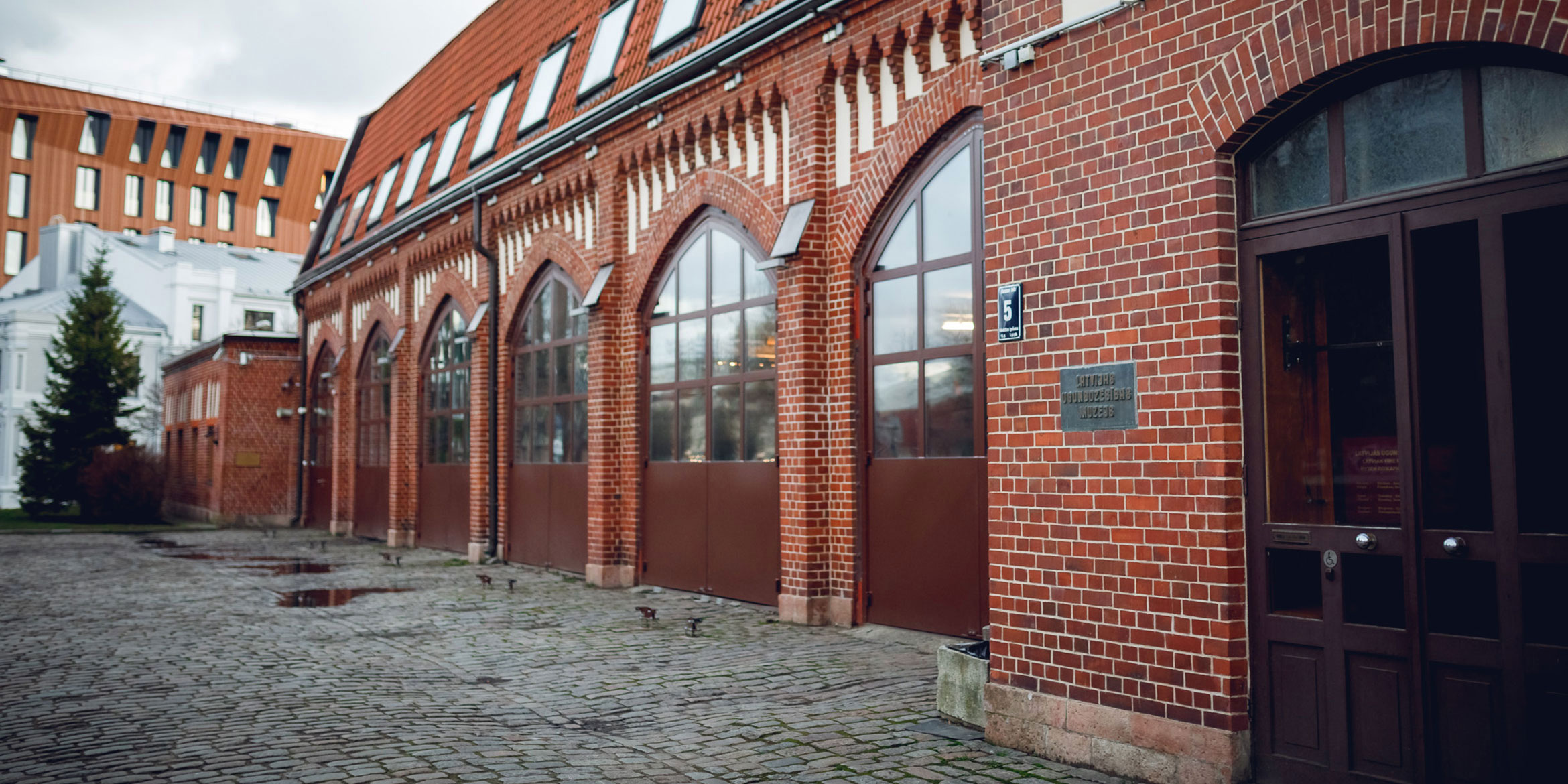 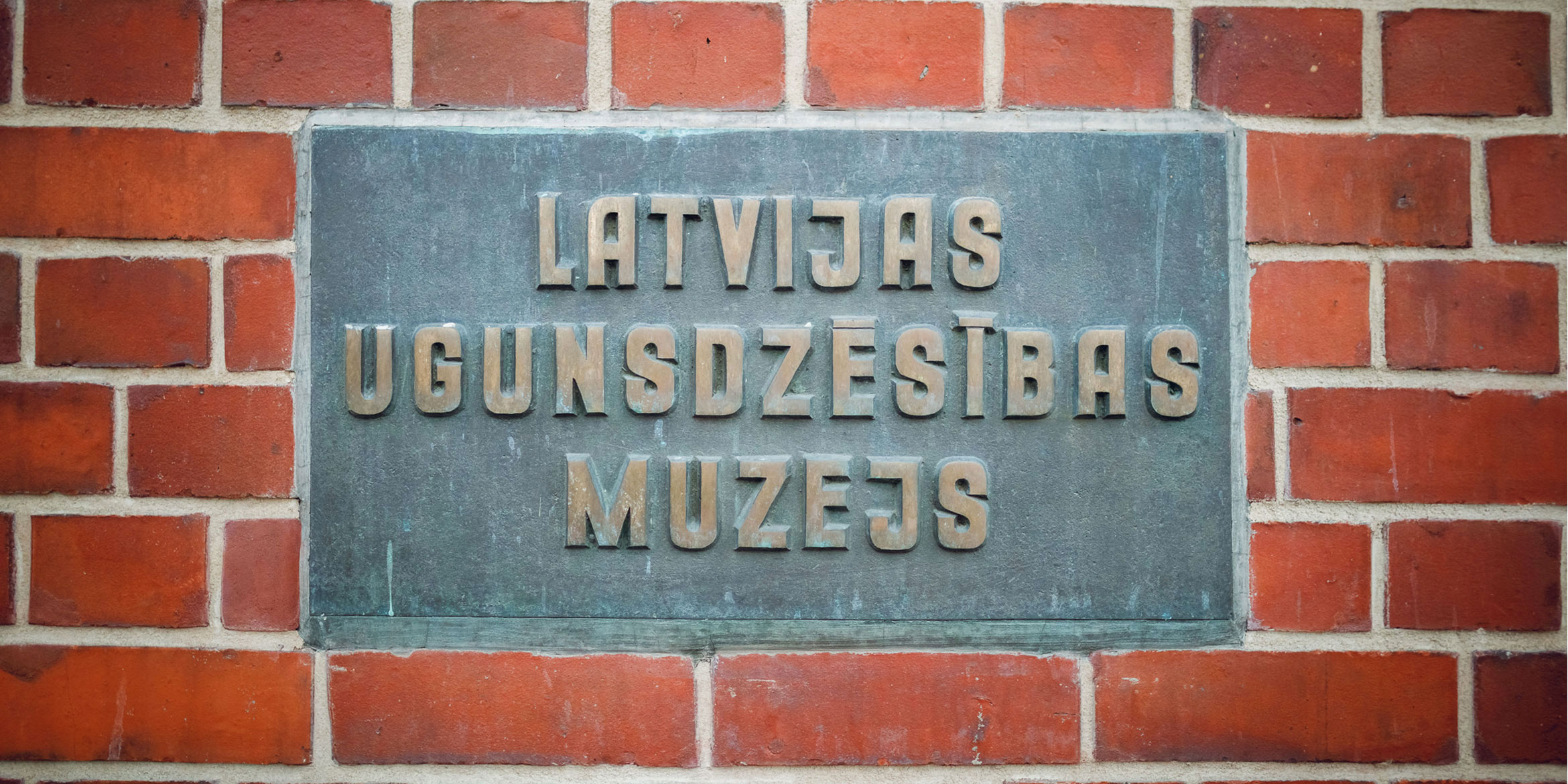 SAKRET reference: The Fire Museum in Riga was built in 1912 by Reinhold Schmaeling in the Art Nouveau style and renovated at the beginning of the 21st century. Many SAKRET products were used during the renovation of the building.

SAKET is already preparing today for the trends of tomorrow. Prices for raw materials are rising, while building materials are expected to become increasingly cheaper. "We are reacting to this situation with a dual strategy: On the one hand, we are improving our costs. On the other hand, we are continuously investing in our ability to innovate," says Vanags.

And innovation means being able to react quickly and flexibly to customer needs with the right product. For example, SAKRET's engineers developed a special mortar for a waste disposal site in Riga: it was sprayed over the site on a weekly basis to harden the surface of the landfill at short notice.

In another case, Swiss civil engineers needed 4,000 tons of a special mortar for a tunnel project in Lithuania - and they needed it very quickly. Vanags and Grinvalds are exchanging information with their partners via the SAKRET network and developing a suitable mix. "We could not have done this without the network," says Grinvalds.

Another principle of the SAKRET brand pays off again and again: SAKRET products are always available and can always be used together. Sustainability also plays a role - unusual in the rather traditional construction industry: In 2017, SAKRET and the energy supplier Latvenergo agreed that in the future, the energy used to manufacture the products will come from sustainable and renewable sources. "This is very important for some customers," says Vanags.

"We are already preparing today for the digital construction industry of tomorrow."

Digitalisation shapes the construction industry of the future

And finally, digitization. This has now also reached the construction industry. Paperless and networked processes in the company and preparation for BIM are part of SAKRET's current strategy. In addition, there are new products for building in the digital age: "We are talking to physicists and engineers about how we can use artificial intelligence in the construction industry, for example," says Grinvalds. Microchips in mortar, which in the future will automatically record and transmit data on the building fabric, building materials that react independently to climatic changes or completely new mortar mixtures for extraordinary loads - with ideas like these, SAKRET and its partners are preparing the industry of tomorrow.

"The added value that we offer our customers beyond the product will become increasingly important in the future," says Grinvalds. "We have to keep thinking ahead now if we want to be successful in ten or twenty years' time."

However, SAKRET SIA does not lose sight of an asset that is very important for the success of the company: the employees. At the annual SAKRET Day, they all celebrate a big party together with their families - for Vanags and Grinvalds, this is one of the highlights of the year. "Without our reliable and highly motivated employees, we would not have made this ascent," says Vanags. 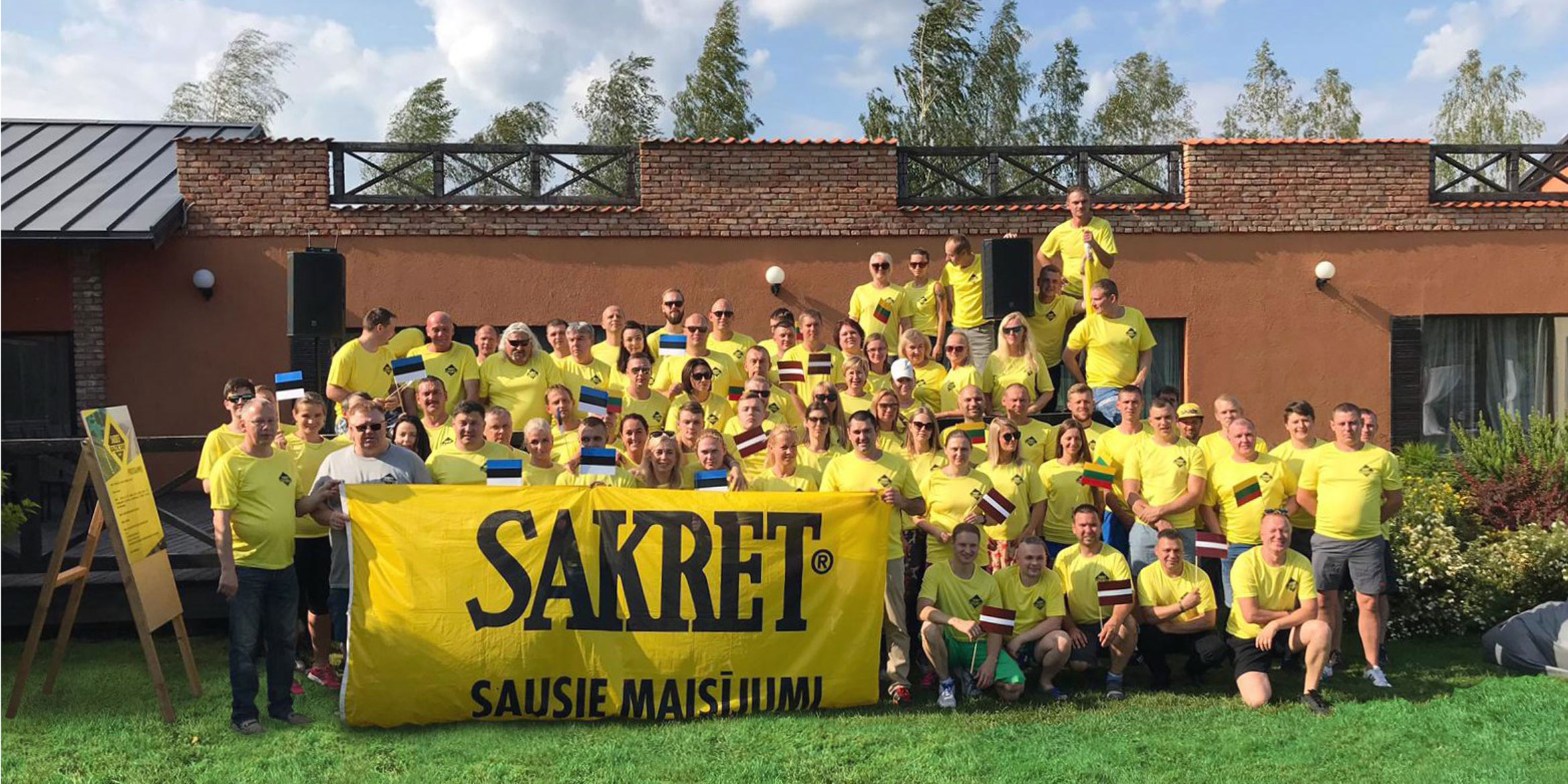 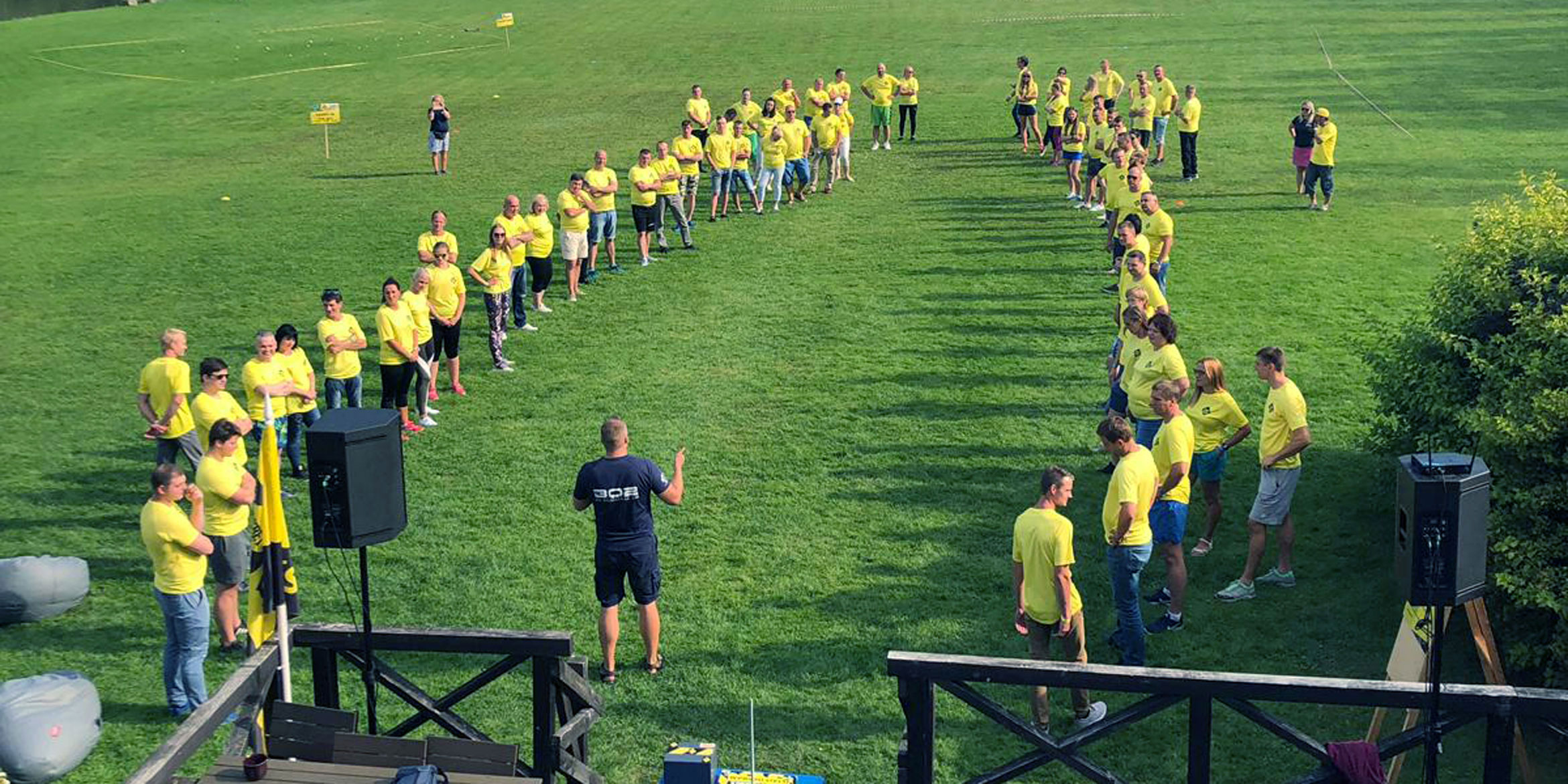 The employees are at the pivot of the annual SAKRET Day: "We are doing everything to ensure that we can continue to feel like one big family," says Ph. D. Andris Vanags.

More links that might be of interest to you:

The Israeli licensee has brought it to the forefront of the industry.

to the success story Israel

Read about the process of becoming a licensee of the SAKRET Group.

to the licensing process

Agile and flexible in Switzerland